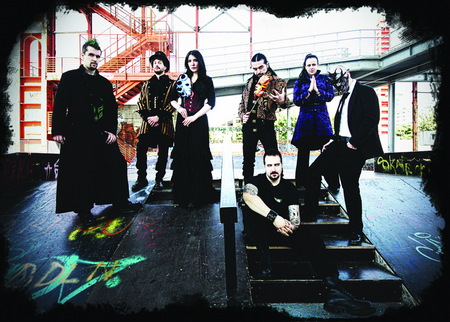 Hello, and welcome to Heavymetal.no :). Usually bands proclaiming to be gothic metal tend to be boring or lack balls, especially in the female vocal department. Aevum is lucky; Evelyn carries the band with a strong operatic voice. Does she have any classical background?

"Yes, sure. Evelyn has classical and lyrical music lessons in her background, which let her approach this musical genre with great determination. She has the ideal voice for Aevum’s music."

And the rest of the band, what does the CV looks like? What have you been up to prior to Aevum?

"Every single member of Aevum has his/her own story, with a particular and well distinct identity. This is the true creative sap of the group. Every one of us brings his/her own experiences, entrenched within diverse musical genres, to the band, enabling the construction of an authentic stylistic melting pot." 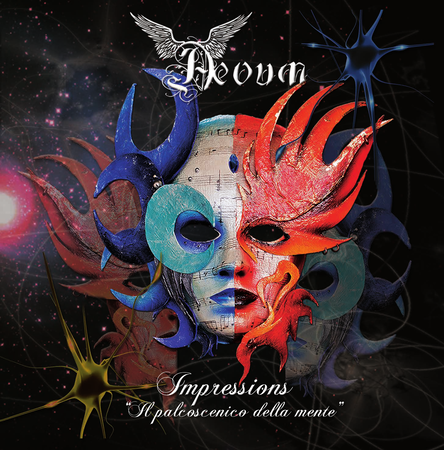 I do like it when bands arrange their songs a little different, and Aevum is located in a theatrical style, where the songs are built like a story rather than the usual verse/chorus. Do you agree? And do you get inspired by opera/soundtracks? ‘Cause sometimes I felt like the songs told a story.

"The theatrical reference is perfect. Aevum, with their album “Impressions”, wanted to bring musical impressions on the scene. Every song, every passage, has its own story. We try to recreate atmospheres and different stories as if they were settings of a scene divided into many small acts, also by a more mediated musical study.

And what bands/artists inspires you to make music?

"Like we were saying before, each member brought different influences, so it’s difficult to give a precise name, but within this musical universe, surely bands like Therion, Haggard, Diablo Swing Orchestra and Tristania have had particular influences."

Perhaps you use some other kind of inspiration as well? Movies? Books? Art?

"We love the fact that artistic inspiration may extend all 360 degrees. This is one of the reasons why we draw lots of inspiration from visual arts and literature."

Was it difficult to record the album? To capture the songs just the way you wanted? And were the songs done when you entered the studio?

"The recording of an album is never simple, one can happen upon many different glitches. Furthermore, one absolutely needs to remain concentrated so as to keep to the established budget and timetables. Aevum’s creative process is 90% complete before entering the studio, the songs have a well defined identity before they are recorded. During the recording, the new ideas that often pop up can eventually end up varying the final arrangements."

Seven members, no fighting? :) And is someone in charge? Or is it a democracy?

"It isn’t easy to manage seven members, for this reason it took many years before the ideal line-up was found. To this day we are like a big family, where sometimes conflicts arise but in the end they are patched up for the well being of the band. We cherish our freedom of speech and there is no hierarchy, even if sometimes someone is necessarily needed to wrap up and settle the more complex situations."

"Aevum is the Greek eon, it refers to a spiritual dimension that knows neither spatial nor temporal limits."

And what, if any, message is Aevum fronting? Do you have an agenda?

"Our message is our musical quest, continuous experimentation, never to stop."

Italy are packed with bands, some are local stars, some breaks through and get recognized beyond the borders. Is it hard to get attention in the Italian scene? With the amount of bands fighting for attention?

"At the moment, in Italy the musical scene is really complex: there are many bands that would deserve more space, space which is denied them. The fault lands upon a strong competition and upon the general public’s more limited musical culture, especially compared to the Norwegian one. The Italian bands should learn to sustain one another more, especially those belonging to the underground, instead of fighting amongst themselves." 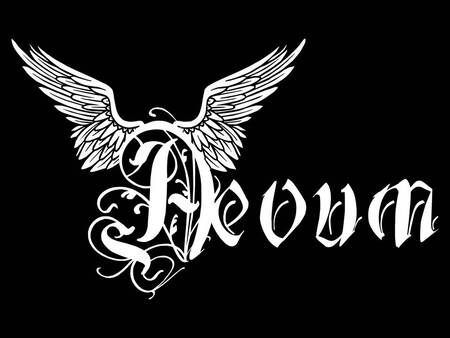 What do you know of Norway, both regarding music and in general?

"Sincerely, Italy doesn’t get much info on Norway; usually we refer to the countries in northern Europe as examples of civil people and moral rigor, but, apart from this, little is known specifically of your fascinating country. Music-wise, it’s different, as we all know the immense musical treasure being born in Norway in these years. The Norwegian bands have been and keep on being inspirational muses for a huge slice of the world’s music."

I appreciate you taking the time to answer my questions ;) Any final words? Here’s the spot:

"Thank you for your interest. Our album Impressions – Il palcoscenico della Mente will came out on October 21st 2014. It’s an album that wants to bring forth some avant-garde in a musical panorama which is by now pretty saturated. You can find us through our website. We really thank you for your support and we hope we’ll someday get the chance to play in your beautiful country."