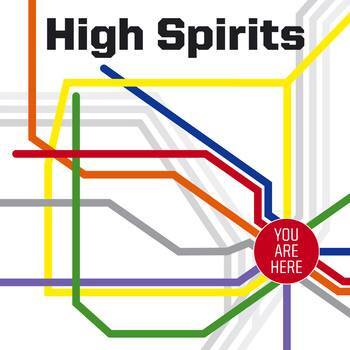 First off, Nwobhm rules! I have always loved this era, and still remember the first time I bought, borrowed or copied the albums back in the days. You are oldschool metallers as well? Or young guys just discovering the classics?

"Somewhere in between, I guess? I was born in 1978, so I was a child in the 1980s but didn’t discover heavy metal until 1986 or so, and then in very limited supply until the early 90s when I began to build a diverse music collection."

High Spirits, a pretty typical band name for a band in this genera, was this the intention? To find a name suiting the music?

" I think it fits the music perfectly, yeah! I think the name has been very valuable for us. I was thinking about it a few days ago, actually. The name is very important."

Based on my time with the album, I really felt the vibe. I do believe 'You Are Here' easily could pass as an oldie, released back in the early 80’s, together with Jameson Raid, Praying Mantis, Trespass and other jewels. Agree? And I guess this is a compliment? ;)

" In that case, thank you very much! Truthfully it’s a quite modern production using ProTools and lots of techniques that were simply not possible in the 1980s. So I guess we’ve done an alright job of creating this illusion!"

What made you go for the throat? To form a genuine band rather than just play some covers and have fun?

" Neither is true, actually! I simply wanted to explore some new creative territory that didn’t seem to fit with the other things I was doing at the time. It was purely for fun. The idea of playing covers never entered our heads for a second. Never have, never will."

You started the band back in 2009, so High Spirits is a “new” band, though it has been five years ;). What have you achieved so far? Beside this album?

" We released two demos in 2009 on CDR, then together on a self-titled LP. Then we had a 7” single in 2010 before our official album debut in 2011 which was called Another Night. In 2013 we released another demos collection which was actually titled 2013, and then of course the new album for 2014."

And I red there were some gigs as well? Muskelrock here in Scandinavia, Keep It True in Germany etc. What have been the best moment(s) regarding the live aspect?

"Yes, actually we did some underground/DIY tours here in the USA in 2010 and 2011, so we had some good experience when we got the call to play the Rock Hard and Muskelrock festivals in 2012. Then we returned to Europe in 2013 for a short tour and the Keep It True festival. The visits to Europe were of course very special and memorable. KIT was probably the highlight so far, since we had played 7 club gigs on the trip there, and by the time we got onstage, we were in really good fighting shape! I hope we gave a really good performance that day.

The audience seemed to really love it. More recently we played a couple of great gigs here in Chicago. Of course it’s one of our best audiences. But we have had fun and met friends everywhere we go!" 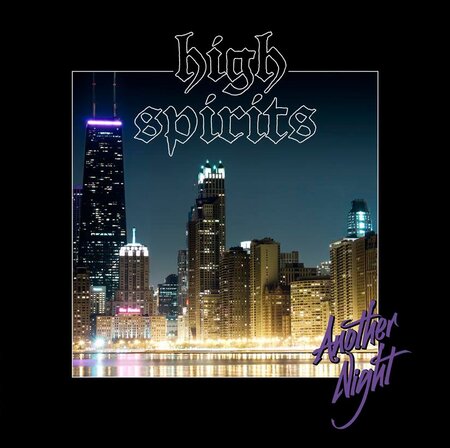 And is the band greeted as well in America as in Europe? I know this kind of hardrock/metal is popular here in Europe, and in Japan, but in your neighbourhood? In the Us Of A?

" Well, Chicago is the best city for heavy metal in the USA right now, so we feel very proud to be part of that. Elsewhere in the USA maybe there are not so many people to fill the halls, but you can be sure there are dedicated, die-hard fans of this music all over the world!"

And wow, I totally forgot to welcome you to Norway and to Heavymetal.no :) Welcome! Any knowledge on our rich and oily nation? :)

" Well, thank you very much! I have never visited Norway, so I only know the basics. I hope we can come play in Norway very soon so that I can expand my education!"

Just to get into the inspiration, what bands do you really love from the nwobhm era? Desert Island-style? I am in love with a lot of my precious 7”, and especially those with a lot of guitar driven melodies, Black Axe, Praying Mantis’ debut, the list is far too long :), but some of your material I felt is located here; with melodies as the main weapon. Ah, another great band :)

" Hahaha! Yes, guitar melodies and that certain bounce from the rhythm section are very important for our songs. It’s hard to name any favorite inspirations though. I feel that if I name one band, I must name one thousand others. Some things might surprise you, but mostly I think you can guess!"

What bands have you been doing the rounds in prior to High Spirits? If any?

" I have been in many other bands and still am! Presently I am a member of Dawnbringer, Pharaoh, and a relatively new group called Aktor. I also was in a band called Superchrist (2002-2013). I also have a Metalucifer tribute band called MetalUSAfer. We released one 7” earlier this year but no other activities planned. And in November I will play bass for two gigs with the real Metalucifer! Wow!"

I like the production you have chosen, real and true to the style. Where did the recording take place? And did you participate a lot yourselves? Or did you have some dude with excellent skills in creating the correct atmosphere?

"We recorded the drums at a very nice (expensive!) studio in Chicago called Electrical Audio, and the rest was recorded in my private studio. When everything was recorded, the album was then mixed in a space called Hypercube, which is the home studio of Sanford Parker. Most of the sound of the record is due to Sanford’s skills and experience."

One issue I have to address is the fact that it is nwobhm played by Americans, perhaps not the most common combination…?

"No I think it’s impossible, since the B means British and the NWOBHM ended in the 80s. You see, my concept of this term relates to a time and place, not a style of music." 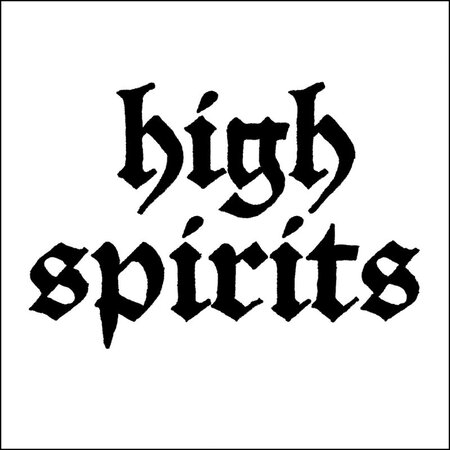 Have you been getting a lot of feedback? Reviews, live reviews, interviews? And are the features all over the place, or is the niche media responsible for the majority of the exposure?

"We got some very nice press feedback, yes. One song was even played on National Public Radio here in the USA, and as far as the European side, I actually did an interview with Penthouse magazine in Germany! It was actually a quite good and in-depth interview, and no we didn’t talk about my sex life at all, just the music and our experiences with that."

Ah, ok, I’m the honest dude, so, I didn’t like the cover. Sorry :). What is it you want to tell us? And don’t you think it would have been easier to sell the album with some stronger eye candy?

" I’m not offended at all! Of course we knew that not everyone would love the cover, and some people would probably hate it. But we wanted to continue the city imagery from the debut album but make it a bit more abstract and also a bit more internal, if that makes sense (Yeah, it does - Yj). It also relates to the album title, showing a convergence of different paths on a single point, if only for a brief moment in time. It’s something I am aware of when we are on tour, that the randomness and chaos of human life can sometimes seem to be very purposeful and powerful. Temporarily, of course. We don’t worry about selling the album with the album cover. Our image is very basic. The only thing that really matters is the songs."

I believe most fans of the wave will enjoy these songs, but a lot of the younger fans are more into the harder stuff when they search for bands of the nwobhm. It is a lot trendier to have some Venom (argh!), Angelwitch, Witchfynde, these dark bands in the collection. But they are missing out a lot of great tracks! You like some of the rougher stuff yourself? I kind of do, but I’m not into the occult or the darker bands :)

"Sure! And we see a lot of guys and girls at our gigs wearing shirts of death metal bands and so on. We have had a lot of support from fans of all kinds of music, and to see that diversity is one of the most rewarding things we have experienced in this band. Because we want to reach everyone!"

Almost at the end, here you can make people aware of your merch and where to buy :)

"Ah, sure! In Europe, our label High Roller Records is the best source for everything. Fans can also check out our Bandcamp page ! Here you can listen to all of our music, buy downloads, and also order things like CDs, vinyl, and shirts. We ship worldwide although the postage rates to Europe can be quite high nowadays."

I ordered my bundle of vinyls from High Roller, fast and pro.

The end, I really appreciate you taking the time to answer my questions! Anything to add? Someone in need of some love? Maybe a good slapping? :)

"Thanks a lot for the fun interview and for lending High Spirits some space on your website! All the best to from us to the fans in Norway, and we hope to see you soon!"