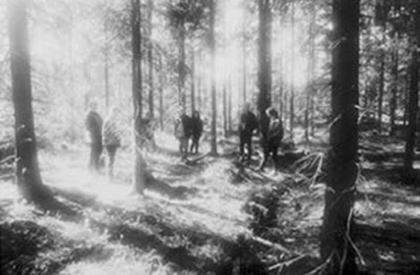 Back into the woods

"The woods are full of trees, some old, some not. Some have been cut down, some recycled, and some are still standing, defying the harshness of the nature. This goes for the Kristiansand-based band as well.

Some of the trees have decided to rear their ugly heads once again, with a battle plan including the recording of two albums, two albums which were planned released back in the year 2000. Later this month the members will get together, rehearsing and polishing the songs.

During the period prior to the farewell gig in Kristiansand 14 years ago, on the 29th of December at Caledonien Hall, the lineup changed several times. But a core, consisting of original drummer Kobro and the Botteri twins Chris and Christopher, has always been present. The lineup today consists of these three aforementioned gentlemen, as well as several other musicans which will be announced soon - in addition, a very good replacement that will fill the shoes for Oddvar who tragically left us last year.

The band will not rush the production of the material, but state they will take their time to ensure a high quality process resulting in music which will stand the test of time."