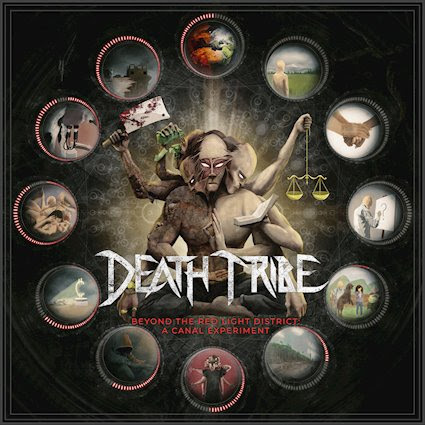 Takk til James@Hold Tight for tips.

"Beyond the Red Light District: A Canal Experiment is a statement against all that is wrong in the world today. Everything that is pushed down our throats as we lost our tenure and are blinded by fear and manipulated knowledge - the worst kind of ignorance."

Anthony" Music is not only about creating angry music but it is as well about the message behind the music. I want to create music with purpose to impact the listener and build awareness about what is wrong in this world. I want the listener to think about their daily choices that are leading humanity to its own demise. We need to stop blaming the world for our own mistakes. We are the world, we have the right to vote, the right to act, the right to raise awareness in many parts of the world and if we want a better world, we need to stop choosing what is right for our best interest and do what is best for everyone. From speaking up and supporting black communities, to LGBTQ+ communities, to supporting women rights and talking about oppressed nations from Colombia to Palestine just as much as I speak up about the suppression of the lebanese people by their own government. We cannot choose when to call something right and wrong and this is what the 2nd album is all about - This is a wake up call to the world to realize that we need to change faster than ever before."