"Immortal will feature ten tracks, including the magnum opus In Search Of The Peace Of Mind"

Michael: "I wrote this song when I was 15 years old, it was my first ever written piece of music which I recorded with Scorpions on our first studio album Lonesome Crow in 1970, getting released in 1972 - when I had already left Scorpions to join the British rock Band UFO in June of 1972 - when I was 17. We re-recorded this song for my 50th anniversary as a celebration and it turned out to be an epic; with an extra extension at the end of the song, which turned out absolutely fantastic with Simon Phillips on drums, doing his usual amazing stuff.

"The result is a true highlight and features even more surprises" forteller Michael. "Gary Barden sings the first verse, continued by Ronnie Romero - and in the end we have Ronnie, Doogie White and Robin McAuley screaming their heads off, as a tribute to my 50th anniversary. Absolute amazing. Thanks to the guys for doing this!" 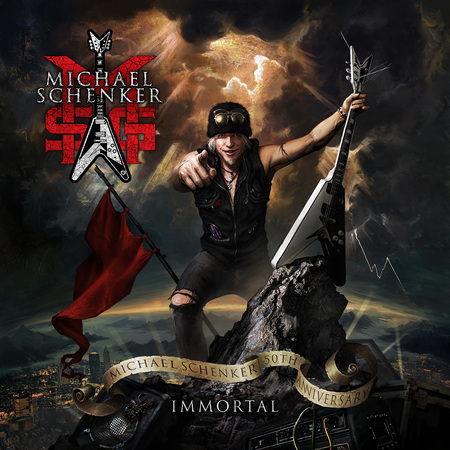