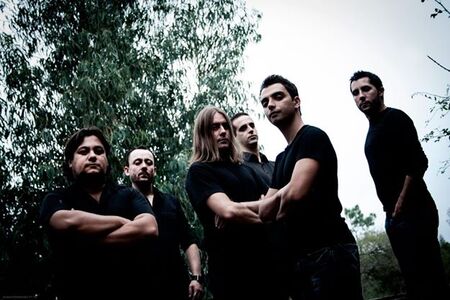 "Hello, thank you for your interview. We are doing ok, thank you. We are rehearsing for our 10th anniversary show and pretty excited about it."

"We believe Mindfeeder's music would be highly appreciated in the Northern and Eastern Europe, Japan and South America markets, specially in the Northern and Eastern Europe (Germany, Scandinavia, Ukraine, Russia) but we haven't receive yet a confortable number of reviews and comments of our album there for us to have any perspective, so we're kinda having a blind date in this part of the world. We're sure though we'll have our name searched more the moment you publish this interview @ Heavymetal.no :). Though we have no sense of euphoria and always been well focused on a real perspective, we'd like very much for Endless Storm to be a success whether in Norway as well as worldwide that could grant us a tour so we could be closer to our fans." Referring to the question above; I know the metal scenes in for example Germany and Greece are strong, have you been getting a lot of feedback and sales here? And where is the bands stronghold? At home in Portugal?

”Fortunately the feed back has been amazing. And we are currently awaiting for an answer of our label about the sales."

Your power metal was of high quality. You haven't fallen into the typical mega-happy trap, but balanced the songs with a darker, heavier sound. Do you agree?

"Thank you. Yes, totally. It is what it is, we really don't think too much about it but it is a fact that we try to combine that ingredients that throughout the years became trademarks of our sound. We don't follow trends, we keep faithful to the music that is playing in our hearts and just let it out."

And what inspires you? I guess you're into the typical bands, Gamma Ray, Stratovarius etc., is this correct? But as I hear this darker apporach, what bands are responsible for this part of Mindfeeder?

"You are correct. Well, some of us also enjoy other subgenres in the heavy metal scene like death metal bands from scandinavia and so on. But like i said before we don't think too much about it. We have our influences, yes, but when we are writing a song we don't look around, we search inside ourselves...do you know what i mean?"

You have worked togehter with Piet Sielck on the mix and the mastering, and he did some guest appearance as well. How did you get in touch with him? And did his effort change anything? Did his skills and talent colour your album in any way?

"We decided to work with Piet and his response was really fast. We knew his mixing, mastering and musician skills and it suited us perfectly. His effort was a major key to the success of the album, without a doubt. He was like a 7th element in everyway and we owe him so much."

I red that the first demo came out in 03, the year the band started out. Thats eleven years ago. One demo, one ep and 'Endless Storm', not the most productive band ;). How come?

"It is a fact that we are not the most productive band in the world. Truth is that we prefer to do things right rather than doing it because we have to. It was a long process until we have the chance to release the album but we think in the end of it that the timming was the correct. Above that, our country does not support artists like it should be done and we have to manage almost everything by ourselves, including a major financial effort in equipment and new releases. But it is wonderful to see our music spreading all over the world, specially in your country. If someone there would like to support us in anything just give us a call, we will aprecciate so much. ;)."

Whats the portugeese metal scene like? It's a small country, but perhaps theres a big ass metal scene within?

"Portugal is a small and old country (875 years) and sometimes full of retrograde minds. There are a few metalheads that give theirselves the opportunity to get in touch with the portuguese underground scene and new bands. There are few true metal fans that don't miss any chance to go on a gig or a fest and see the newest band on the scene. Then there are others that only get out of their homes to see the greatest bands of all times missing sometimes the environment of an underground gig. Despite of all, we trully believe that the portuguese metal scene is alive and kicking." 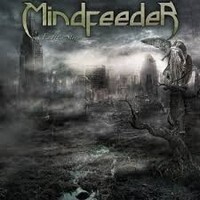 I didn't get to read the lyrics, or see the booklet, can we get the fast food version of the lyrical themes? What topics are used? Is the band fronting any particular message?

"Concerning the lyrics, we write from realistic and auto-biographically themes to more fantasy stuff...we dont have a script, like what we should talk about or not...we think the real message is whitin the name of the band...feed your minds with truth, values and make your life worth...the world is a crazy place and we just want to give something of ourselves to our friends and fans to make them happy and even more passionate about heavy metal music."

A cliché, but fun; can we get your five favorites, the five albums or bands you couldn't live without? The desert island picks?

"Hummm...thats a tough one...A Night At The Opera (Queen), The Wall (Pink Floyd)...ok, ok...and now some heavy metal treasures...Seventh Son Of A Seven Son (Iron Maiden), Land Of The Free (Gamma Ray), Visions (Stratovarius)...but thats not fair, I rather take all my cds to a desert island than a single piece of wardrobe, hehehe."

I appreciate you taking the time to stop by and visit Heavymetal.no, thanks a lot! Any final words? Anyone in need of a good slapping? Someone who deserves to be knighted? Someone that has been important to Mindfeeder?

"Thank you, we aprecciate. Naaaah...just a huge, huge thank you to you all: the magazines, fanzines, radio stations and specially to our fans! They are amazing and they know the words: keep feeding your minds...! Thank you!"