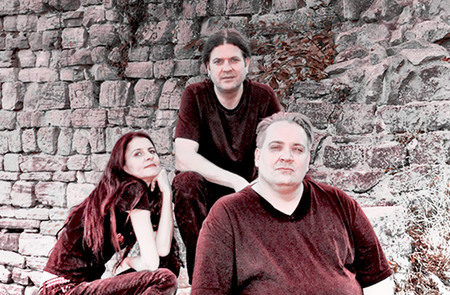 This band I guess is unknown for all of our readers, so a fast food version of your story is needed:

"After getting to know each other at the Thrash Metal Combo 2Black, me (Denise Gutzwiller, Bass & Vocals), Robo Indrist (Drum) and Greg Altherr (Guitars) founded the band N.M.A in the autumn of 2016.

The goals were set early, to write our own rocking songs with hard and gentle influences. Rehearsals took place, songs were written and worked on with a lot of sweat and lifeblood, until the songs were ready.

In 2017 after the demo recordings, we went on to the sound studio to produce the songs professionally. The release of the debut album of N.M.A was on 1st June 2019. This have been celebrated in Zurich with a huge party in the club Komplex 457, before it will captured the regional, national and international platforms. At present we are working with high speed on the release and production of a 4th music clip, which will be released in autumn 2019 on their youtube channel.

Due to health issues, Denise will be represented on bass by Indy (Thomas Indrist)."

"Hello and thank you. Yes life’s good but it’s getting colder day by day ;-)."

Haha, living in Norway I know what you're talking about :).

I reviewed your album recently, and though it wasn’t an immediate love, it grew on me. I was sold on the rough edges, the vocals, the production, which was open and not your typical over the top modern sound. What kind of feedback has the album received?

"We have from 2 to 100 points everything. In Germany they don’t like us most, in the UK and in Brasil we have lots of very good feedbacks. It’s funny but they love or they hate us. It’s almost nothing in between."

I suspect this album to be one not hitting top-40 😉, it’s more a niche album. Do you think your music could hit big? Or are you satisfied with securing the few but die hard fans?

"Like every band we hope that we will land a top song once. But first of all, we make the music that we like. But of course, we hope that we can reach others too with our music."

Inspiration? Both the music/bands trigging N.M.A.’s music and your personal favourites.

"Most of the songs were and are inspired by beer. We also like Iron Maiden, Metallica; Motörhead and many more."

Zürich, not the metal capitol of the world. That was my first thought 😊. But I may be wrong, perhaps the city is packed with metal bands?

"Hey, we have Celtic Frost! And a few cool Metal and Rock bands, but it’s hard in Switzerland to gain some success."

What Zürich bands should we know of? Any tip?

"N.M.A. lol. Vale Tudo is a cool Hardcore Band if you like your Metal a bit harder."

I know N.M.A. is a trio. Is this the case live as well? Or do you add a keyboard player when doing gigs?

"As we only have one song with a Keyboard, Greg plays it. But due some health issues, I will be represent on bass by Indy, Robs brother."

And why did you choose the trio format? Easier to get along? Not having to share the money with too many people? Is it perhaps hard to get people to join? A lack of musicians locally?

"Before we started with N.M.A. we had a Thrash Metal combo. After the break in our former formation, Rob, Greg and I decided to start with a new project. As we worked very well as a trio, we don’t want others in our band. Indy is Robs brother and we know him for years, so he was the perfect man to fill the cap."

The album was released back in May, have you been writing and planning for your next one?

"Yes, we already have two new songs and we work hard to finish the second album as soon as possible."

"No, we don’t want to be a political band and when I write the lyrics, I just write what I have in that moment in my mind."

I did enjoy the album, but I must admit the cover wasn’t the reason I picked it up 😊. What is the story behind the cover?

"So, I’m happy that at least you like the sound inside ;-). I did it by myself and I wanted to bring those three letters in the people’s minds."

"During our first year, we made a list and wrote every idea we had on a chalkboard. We saw, that many ideas that we had, started with the letters N.M.A. so we have chosen this. Mostly it means no more assholes for us, because we are old and learned that the key to happiness is to stay away from assholes."

Thanks a lot, I really appreciate you taking the time to answer my questions. Any links, info?

"It’s my pleasure! Thank you very much for your support and thanks to all readers who took time to read this interview, please feel free to check out our sites and give us a like if you like." 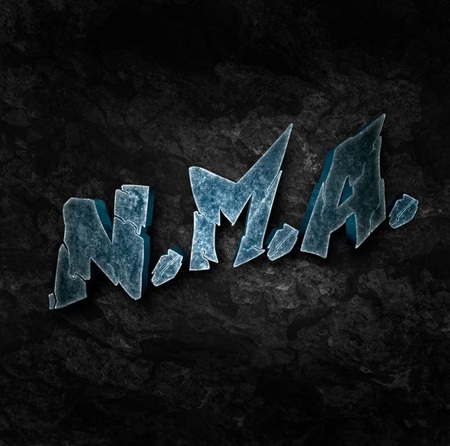