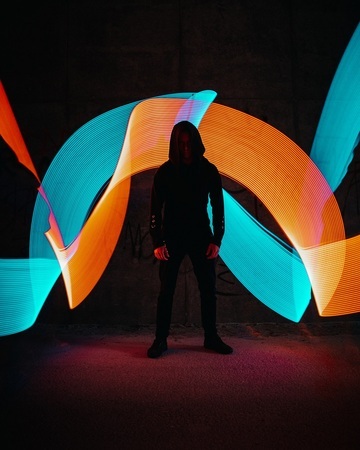 Hovedmann Henrik forteller: " Only Silence is one of the darkest and heaviest songs ever written by the band. Lyrically Only  Silence describes a future scenario where planet Earth is totally freed from mankind, with the relief of  being able to reset itself without the plague that we humans have caused".

"The album, Prisma Aeternus, leans towards an  explosive melodic black/death metal vibe, with artwork made by virtuoso Niklas Sundin (ex-Dark  Tranquillity). The album shows a new dimension of the band as the songs have transcended into an  even more melodic state while also providing some of the heaviest compositions the band has ever  written. Being a concept album, the lyrics cover a dystopian observation of the rise and fall of mankind  in relation to the evolution and destruction of Earth."