"You surely know Alice in Wonderland by Lewis Carroll, however when taken up by the Czech post-rock project Postcards From Arkham, the proverbial rabbit hole now leads to truly strange places. Specifically, to a fairytale world permeated with Tim Burton-esque aesthetics and with the universal chaos of H. P. Lovecraft. And it is only up to you whether you will disappear entirely in this void of meaninglessness, or whether your mind is open enough so that you are able to see things in a different, radically even, light.

We will not divulge more from the plot of the new single and music video Aeon Echoes. Likewise, we shall leave its meaning to the imagination of each and every one of you. In any case, this piece represents the first preview of the new composition of the band which will attain its definitive form on the upcoming second studio album ÆØN5, and which leaves a strictly Lovecraftian framework, that is, enriches it with other themes and motifs."

The ÆØN5 album shall be released by MetalGate Records in September 2015." 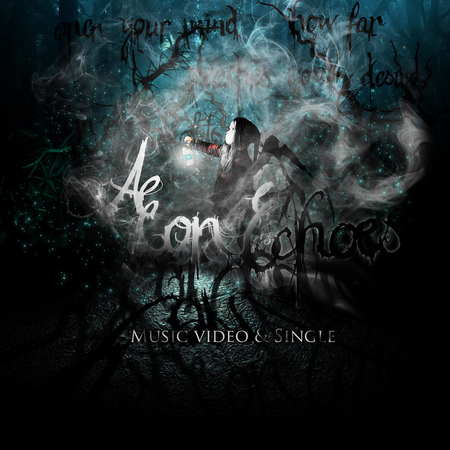