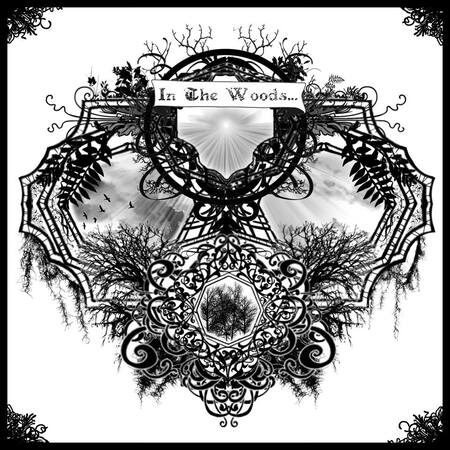 Edit; yesterday Stein Roger Sordal, known for his duties in Green Carnation and Soxpan, has been added to the ITW-lineup.

In The Woods... recently announced they were back, with two albums worth of material, new members and a possibility for live appearances. Through the years the band has evolved from harsh black to epic extreme metal towards the progressive and floating material heard on the later albums. What the future will bring no one knows, not even the band, but a chat with new vocalist Tommy will shed some light on some of it.

The news of you taking part of the reformed ITW was published some time ago, what has happended since? Beside you accepting the position?

"First I want to say that I am honored to get this opportunity and to be a part of In The Woods... . I'm looking forward to take my place as the lead singer, and be a part of the musical journey further.

Prior to you joining forces with the Botteri-twins and Kobro, how was your releationship with the band and the music? Did you know the members, or the releases?

"I've been a fan of the band since Omnio in 1997, so I knew their music quit well. When I did live vocals for Manes in 03-05, I met Kobro at his place over a couple of beers. So you can say I did know him before I got asked to join In The Woods..."

What do you think the reason was for you being asked? And I know there were others, but they chose you...whats your thoughts on why? "As I mentioned earlier, I did some live jobs with Manes. I think they chose me, because of my apperance on stage with Manes and my history with Griffin."

And you accepted. Was it a difficult decision?

"At first I was blown away, because this was a band that had great impact on me back in the days. But of course I had to think it through , as a married man and a father of three children, there are different priorities that takes place in such a decision. After a month or so, I had made up my mind. To join the Botteri twins and Kobro was the certain thing to do."

Do you think the membership of the woods will influence other projects? Other bands you are commited to? But then again, In The Woods... isn't a very active band, never was.

"Working with the new material for the next In The Woods... record, will make me improve as a lead singer and frontman. It will absolutely affect me in an positive direction, and it will strengthen me and give me something that I can take with me and use in other bands and projects."

The two albums worth of material, which were shelved back in the days, are the main focus of your stay in the band, correct? This material I know Jan Kenneth never heard, or at least never rehearsed, this must be a great advantage for you, to not have to live up to something, but be able to make your own impact.

"First of all, my main focus is on the recording of the new material. And of course it is an advantage for me, that I can make my own little musical universe in and around these tunes."

I saw three (if I remember correctly) shows with you fronting Manes back in 03-05, you miss those days? 'Cause that was someting special 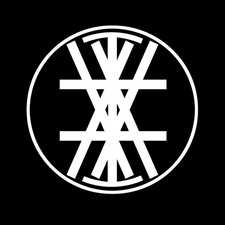 "I had a blast doing those gigs with Manes, we had a real good vibe on stage and off stage. And yes, we had something special. After that period with Manes, I started working on some of the material that ended up on the album Soulfuel with Wattamezz. So you can say that we drifted apart, but Manes is still alive and kicking....all the best to Manes and their journey through the musical universe."

And you are still active with Wåttamezz, whats the status on this band? Is it a priority?

"With Wattamezz we did a comeback gig i May, with a different line up than prior. Me and Gunnar who were from the original lineup and Johnny from Manifest, Marius ex-Griffin and Marius Silver from Triosphere.

We had a good time playing those songs live, but now when everyone is occupied with different bands, I feel Wattamezz will be a project band we can fall back to when we have spare time."

Back to the woods; I know there will be announced more members (sorry folks, can't tell), will you be joining them in rehearsal when the times is ready? Or is this a matter of you doing the vocals locally and adding your work digitally, as a lot of bands choose to do these days?

"All the vocal-sessions will take place in Trondheim. I've been given the full responsibility for lyrics and vocal melodies from Kobro and the Botteri-twins, but I will work in cooperation with Torstein Parelius (from Manes) and Stian Kjelstad Granmo (from Lets Be Light) on the lyrical themes and the production throughout the whole process. The three of us will work on the pre-production for the vocal framework, demoing vocal melodies for each song, more or less through workshops. I will be using a local studio here in Trondheim when the time is right, and things have started to take shape, and it's absolutely best for me that it's here in my hometown to keep the intensity and continuity going as the recording has started." 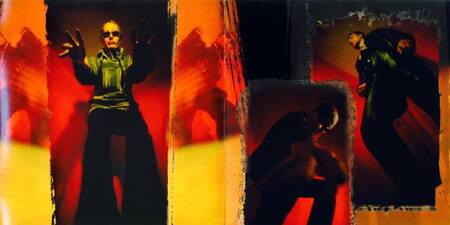 Two albums, I know it won't stop there - I guess there will be some gigs. What then? Are you ready to front In The Woods...  considering the majority do view Jankin to be the voice of the band?

"I have great respect for what Janki did vocally for In The Woods..., and I am a big fan of his expression as a vocalist. And there will always be fans that consider Janki to be the voice of In The Woods..., but when the time comes, and we're ready for live shows. I will step up and be the lead singer that sets In The Woods... on the map once again."

And as Kobro stated to me, this reformation is not a money-issue, the development won't be stressed, everything comes in place when ready etc. - I love it! But again, to break the news do raise some expectations, do you feel any?

"As a fan of In The Woods..., I know what the public wants to hear. So I will do my thing, and not copy what has been done back in the days."

Do you see yourself being the vocalist in In The Woods... five years from now? Realistically? Or is this an in the moment happening, where you just follow the groove and see what happens?

"I will take it step by step, and see what happens. The main focus right now is the new album."

Thanks a lot Tommy! And good luck in your future doings, both egarding In The Woods... and other bands you have. Any final words to the readers?

"It takes a man to suffer ignorance and smile. Be yourself no matter what they say."

Heres two full albums from the band, 'Omnio' and the debut, 'HEart of the Ages':