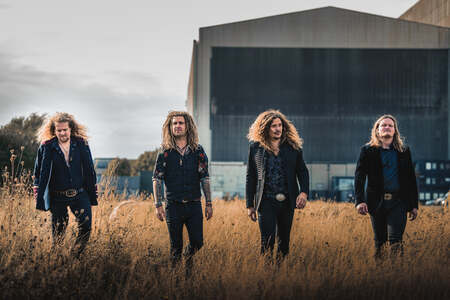 "And Yet It Moves is the new video and single from the new danish heavy rock/metal band Timechild. The song is a massive  and dynamic demonstration of the band's characteristic Scandinavian sound and competent musical abilities. It presents the  listener with singing twin guitars, a progressive rhythm section, and a powerful and present lead vocal.

The title is, according to legend, the last words that physicist and philosopher Galileo Galilei said after being forced to recant his  belief that the Earth moves around the sun and not the other way around and sentenced to life in house arrest. In today's world  order, the struggle to separate truth from false and facts from fiction is still more important than ever and has inspired this song.  Timechild's debut album, And Yet It Moves will be released in October via Mighty Music."