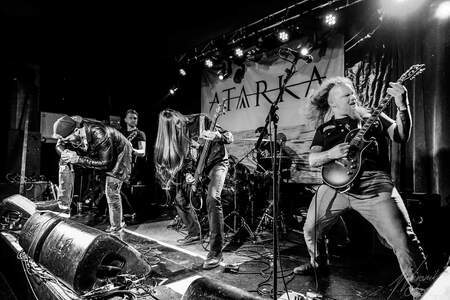 Sleeping Giant is the Birmingham metal quintet’s debut album. Equal parts groove and blackened death metal, the record sonically illustrates a bleak and desperate view of history, mental illness, addiction and other aspects of the human experience with all the surgical precision and brutality that has made their live shows such a success.

Taking influence from history and mythology, the album explores this from a conceptual point of view. These concepts can be found in abundance on tracks such as Tollund Man - where the ancient and mysterious legend of the Danish bog bodies are given a backstory unlike any other.

Tracks such as Golden Snake, Shadow of the King, The Bastard, and Miasma –  Sleeping Giant is a heavy hitting record with influences deep-rooted in bands such  as In Flames, Mastodon, Gojira and Killswitch Engage."