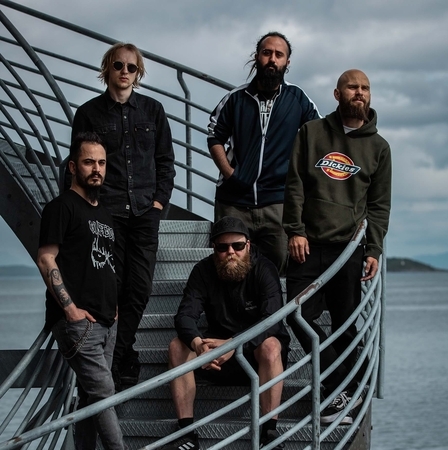 Nikan and fellow band member Arash Ilkhani were arrested and imprisoned in one of Iran's harshest prisons in 2015. The two were accused of Satanism and faced the death sentence for blasphemy. Nikan was sentenced to 14 and a half years in prison and 74 lashes and Arash was sentenced to two years. Fortunately, they were offered political asylum in Norway and fled Iran.

Hello Nika, and welcome to Heavymetal.no Life is good?

"Thank you, good to be talking to you."

And just to get it out in the open, life wasn’t too good back when you guys resided in Iran. You did jailtime in one of the roughest prisons in Iran, man, say what? Why?

"Things got really ugly when we got arrested for our lyrics and the music that we were putting out back then, 3 years ago. Two weeks after we released our second lp, In Pursuit Of Dreams, the Islamic Revolutionary Guard arrested me and my band mate Arash for the charges of Blasphemy and Propaganda Against The State. We were kept in solitary confinement for 3 months. After the interrogations were done, they transferred us to the public sector, and after a year and a half we made bail for equivalent of 80 thousand dollars.

Later on the first court gave each of us 6 years of imprisonment. We ask for appeal, and in the meantime I decided to leave the country because of the pressures that I was under." 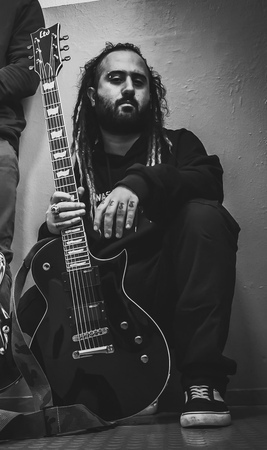 You Nikan, was sentenced to over 14 years in prison, and 74 lashes, and your bandmate Arash got two years. The sentence wasn’t carried out, as you escaped and got your asses to Norway, yeah! But why 14 and 2? You did something more, was tagged as the leader…?

"We were not explained why but we have the same theory. Because in their investigations they noticed that I wrote all the songs and lyrics and I was responsible for doing all the interviews that was listed in the felonies."

And just to get some info on your early years, how and when did you start your metallic journey? And was it hard to be and act a metalhead?  My guess is yes.

"I started playing music when I was around 13. I started with guitar, and couple of years later I began to write music, lyrics and do vocals. Of course it's not like there's metal scene on the surface in Iran, like metal festivals, metal shops etc… Everything is underground and a huge fan base who listen and play this type of music.

It's not like you're in danger just because you listen to metal! Or the fact that you're playing in a metal band it means you're at risk of getting caught! No! It depends what you're saying in your music! For example in Confess' case we were full on against the government and critical against their belief system. At the same time there were many other bands that to this day never got arrested or anything. Luckily...

At the same time metal music is not something that system approves or support."

How was your trip/escape to Norway? And why Norway?

"I was living in Turkey till I received emails from organisations which were working with the persecuted artists and authors. They knew about me through the media, so they offered their service and tried to give me help by replacing me, because Turkey was not safe for me either.

Couple of months later I received a letter from the Norwegian government saying they were inviting me to reside in Norway. That's how I wind up in Norway. I didn't choose any country actually, it was very random. Same story with Arash."

And I guess the sentences stands, you’re safe in Norway, but is it a matter of having the situation heavy on your shoulders in your daily life? What if someone “finds you”, and try to catch you?

"Yes, the sentences which turned into 12.5 + 2 years of imprisonment and 74 lashes, are still standing, and it would definitely be more since we're actively working on vocal about are situation and experiences. Not that I personally think about it daily, I'm trying live my life, but at the time I'm very aware of the danger that I'm still living with, anything can happen. There's been a long history of things happening to the opposition of the Iranian regime outside of the country. I rather not talk about it more than this."

Living in Oslo these days, what’s it like? Do you have jobs, life’s ok?

"Actually we're not living in Oslo! We're living up north in Harstad. I'm working with Festspillene I Nord-Norge festival as the production assistant for the shows, and also starting my own metal festival for the next year which I'm very much looking forward to. Also Arash is working for a very respected service company."

Your music is groovy and somewhat extreme, and not too typical for what’s happening in 2021. How did you end up with this 90-ish groove metal?

"I'm more of a old school dude! I picked cool things that inspired me along the way in the different sub-genres and also other genres like hip-hop. Also if I hear something cool in the new stuff I try to mix up with my vibe and develop my own sound.

The story with groove metal comes from the idea that I have when it comes to metal I like it 1,2,3 boom! You know… Cut to the chase, raw, unpolished, unapologetic, headbanging. If I write something, first of all I must be the biggest fan of it!" 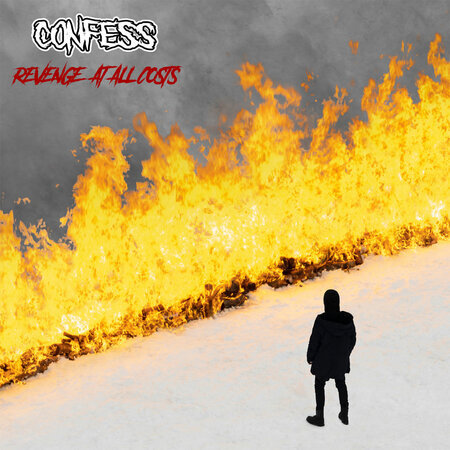 And your album is coming out early next year, would you be so kind to share some details? Produced by, lineup etc.?

"The album is called Revenge At All Costs, is produced, mixed by Erling Malm, and mastered by the legendary Machine, the former producer of Lamb Of God! It was a great experience working with him. He loved our sound and we started working on the project. His final touches on the awesome job Erling did on mixing made the record sound like ten million dollars!

This record is written while I was bailed out of prison waiting for jail between later 2016- early 2018 in Iran. Lyrics in Turkey. We basically re-recorded the album after a while we moved to Norway. I recorded guitars, bass, vocals. Roger,our new drummer, did his things, and Arash did the turntable and DJ stuff.

Album is full of different stuff, based on what i went through during these 6,7 years. Different aspects of our life, you know… it's a story telling record with a very complicated lyric body of work!

We are super excited to share that with the world!"

Your future plans? Now Covid seems to attack again, but apart form this, where do you see Confess some year down the line?

"In a very good place! The band is healthy, hungry, motivated with full of great ideas! Lots of attention on the band at the moment and we're expanding our fan base daily. So I feel like this is going to be very exciting in the next couple of years!

And the Swedish label Rexius is your home now, how did this come to be?

"When we finished the album we got introduced to Rexius. We met and had a meeting in Gothenburg. They loved our sound and story and we liked how they run this artist friendly company, so we give it a try. Happy so far. We hope the album gets what it deserves."