Hi! Hope everything is fine and many thanks for granting us this interview! To start can you introduce Diskord to our readers?

Eyvind: "Hello esteemed readers of NorskMetal.net! Diskord is a trio consisting of the following individuals:

A little history: We released our first demo in 2001, but it was not all that good (actually, it was crap), so let’s forget about that. In 2003, we released our second demo, Aural Abjection, and things were beginning to shape up to the Diskord you know today; we were honing in on our sound, and refining our song-writing. A few of the songs from that demo were included on our debut album, Doomscapes, which came out in 2007. In 2012 we released our sophomore album, Dystopics, and now in 2014 we have recently put out the mini-album entitled Oscillations.

The style of the band can perhaps be described as adventurous and somewhat progressive, while still being firmly rooted in death metal in the vein of titans such as Autopsy, Atheist and early Cadaver."

Tell us about you musical influences and how did you get interested into music?

"Well, some of the influences for the band were mentioned in the previous answer, but other than that, our influences range from old-school death metal to pop, I suppose.

With regard to getting interested in music, it has been a part of my life for a long long time. I started out playing the violin as a little pre-

schooler, and also had a short stint on the piano. However, it was not until I found metal and the bass that I personally took a more serious interest in music, and since then, well, I have been hooked!"

What does inspire you when creating Diskord’s music?

"That is actually quite a hard question to answer. I think that there is not something specific that inspires me, and I suppose the same is true for the other two guys. Rather, it is typically a combination of suddenly getting an idea, seemingly out of the blue, and then working on it until it becomes something of substance."

The band started back in 1999; it is now 15 years jubilee. How has Diskord evolved musically during this period?

"Yeah, time sure does fly! Musical evolution, I don’t know. As I mentioned our first demo was not good, but beyond that I find it hard to judge our musical evolution. I would guess that the most prominent change from Doomscapes to Dystopics to Oscillations has been that we have changed guitar players. Chris (Lobotomized, Deathhammer) played on Doomscapes (and the demos), Espen (Altaar, NunFuckRitual, NoPlaceToHide, etc) on Dystopics, and now we have Håvard with us who plays on Oscillations. As we are a trio, the single guitarist obviously has a large impact on our sound, and we have been extremely luckuy to be able to play with such skilled individuals!" How does it work the music writing within Diskord? Does everyone contribute with new ideas?

"Our song writing process typically consists of one of us creating a more or less complete sketch for a song, including drums, bass and guitar. Then we present it to the other guys in the band, and we rehearse it and try to figure out what works and what does not. Then everyone weighs in with their opinions, and the final arrangements are forged in our rehearsal space.

Correspondingly with the lyrics; typically one guy comes up with lyrics for a given song, and a sketch for the vocal phrasing. Then we try it out, and rearrange the parts that don’t work out.

So yeah, everyone contribues, but the writing of each song is mostly the work of an individual.

Diskord plays an old school death metal, extreme with a pinch of progressive. How would you describe Diskord’s sound?

"I think that description is not bad at all, let’s stick with that!" 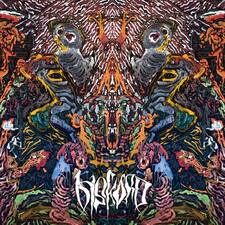 Tell us about your recent release, 'Oscillations', how long and how was the production, recording, mixing?

"With Oscillations, we made a conscious effort to not let the recording and mixing process drag out in time. Thus, most of the work was done over a few weekends last winter, and I think that you can hear that in the sound of the recording; it has, to my ears anyway, a certain live feeling to it.

The actual recording and mixing was done by Thom Johansen, who did a great job in a short period of time! The mastering was handled by Tom Kvålsvoll over at Strype Audio."

Who was in charge of the album’s artwork?

"The actual artwork, as in the front cover, was made by the same artist that we have used for all of our official releases, from the HDFH EP from 2005 up to Oscillations now. His name is Sindre Foss Skancke, and he makes some truly amazing stuff. If you have not heard of him, I would strongly encourage you to check him out online . He also has excibitions in or around Oslo from time to time, so pay attention! Aslo, if you happen to frequent the Kniven bar, he has recently unveiled a piece commisioned by the bar that fills the entire north-western (I think) wall."

You have recorded an official video for Horrid Engine; tell us more about the video production and recordings.

"Yes, that video was made by a friend of ours, Jon-André Fosstvedt. It is a mix of live footage from our appearaces at the By:Larm festival this year and a filming session at our rehearsal space. With regard to the limited budget (exactly 0 kr), I think it turned out great, so a big thanks from us go out to Jon-André!"

Diskord has got some live appearances since 'Oscillations' was released. Any further plans that you want to mention (so invite the followers)?

"Yes, we have played a few shows lately, and it has been great fun being back on the road and playing the new songs from Oscillations. A big cheers to everyone who showed up!"

On the 27th of November we play at Blitz, Oslo, with a couple of grind/hardcore bands: Dysmorfic (SE) and Deathtrap (SE/IT). Hopefully, we’ll be able to go on a small tour abroad as well, but we can’t share any specifics on that at the moment."

How has the public and media feedback being to 'Oscillations' so far?

"It has been great, and has far exceeded our expectations. We are of course both pleased and humbled by the good reviews, but more importantly, good reviews and publicity might make more people discover our music, and getting one’s music out to people is perhaps one of the biggest hurdles that underground artists face today, due the sheer amount of music that is being released."

Diskord is signed under Hellthrasher Productions, tell us how the opportunity arrived? Why did you choose them?

"Actually, Oscillations is out on two different labels, Australopithecus Records in the US, and Hellthrasher Productions in Europe. Anyway, to your question, we first came into contact with Hellthrasher when they expressed interest in re-releasing our debut-album Doomscapes on CD (which was then sold out and out-of-print). They turned out to be great guys to cooperate with, and easy to communicate with. We ended up exchanging a lot of emails back and forth about various subjects, and when they asked if they could release Oscillations as well, we didn’t have many doubts. It has been a great experience working with them so far! 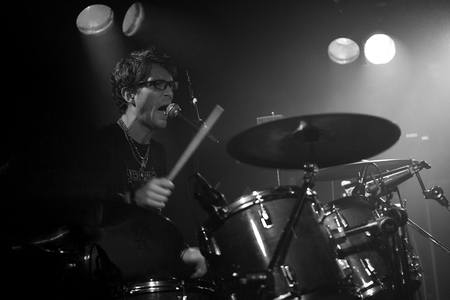 When it comes to Australopithecus Records, this is a label run by a great guy named Pat, whom Hans has been in touch with before through his No Posers Please! label/distro. When he expressed interest in co-releasing the record, we figured that it would be good to have a partner in the US as well, and it has worked out great so far!"

What does the future hold for Diskord? What still to achieve and what the fans should expect?

"Hmm, what does the future hold? I think I would like to quote an old Danish/Norwegian saying here: Det er vanskelig å spå – især om fremtiden. Hopefully, we will release another full-length at some point in time, but first we have to write it, haha!"

How do you assess the Norwegian extreme scene nowadays? Which bands have recently caught your attention and will you recommend to our readers?

"I think the Norwegian scene is very much alive and kicking, and there are many great bands out there. Of recent stuff, I would recommend very highly the latest Execration album. I just got my hands on a copy myself yesterday, and it kicks massive amounts of ass. Furthermore, I would recommend people check out Mion’s Hill, Purple Hill Witch, Katechon, Gouge, Reptilian, Morbo and Spectral Haze, if you haven’t already."

Before ending the interview, once again many thanks for granting the same and leave you the final words for closing it.

"Thanks for your support; hope to see many of you on our gigs in the future! If you would like to order some Diskord-stuff, check out our site on BandCamp , or, you can order through the well-stocked distro of our drummer, Cheers!"