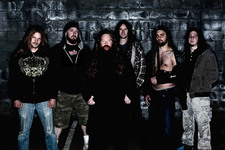 Om videoen får vi vite at det har vært en "...strong reception to the video out-of-the-gate having already been shared by Slash and Alice Cooper on their official Facebook pages along with positive comments. Storm of Perception shared the stage with Slash in August at the Rock N' 2 Remember Benefit Concert. The benefit raised money for the families of the firefighters who lost their lives last year battling the massive wildfires in Arizona."

Siden man velger å fokusere mer å manageren enn bandet, tar vi med dette også: "Tru-B-Dor Records is a new independant label launched by Heather and Alan Niven. Heather co-produced the album with the band. Alan is best known for managing Guns n Roses during their heyday from 1986 to 1991. He also produced and managed Great White from 1982 to1995 and has worked with Izzy Stradlin as a solo artist, The Angels [aka Angel City], Clarence Clemons and Finnish rockers Havana Black. He signed Mötley Crüe to their first contract and negotiated their move to Elektra where he would later place his then roommate Don Dokken."