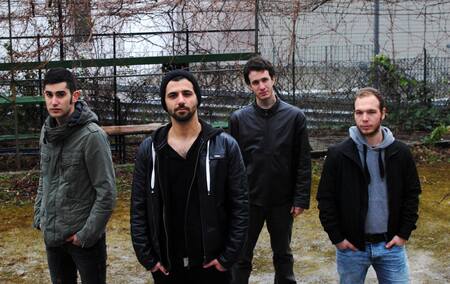 I love the feeling of surprise, when I THINK I know what I'm getting, and something totally different arrives, and especially when it is of this quality. Have you been getting a lot of strong reviews? I suspect this is the case :)

Davide: "Well, at the moment we’re getting very good reviews from Italian webzines, hopefully we will continue the streak :)."

And welcome to Norway! What do you know of this stretched and oily country up north?

"Thank you! A place I would like to visit! Great landscapes, great tradition in terms of music too, both classical and heavy metal, surely a country we would like to play in!!"

I have received a lot of italian releases through the years, and I'm sorry to say that the really good albums are rare. There are a LOT of bands in Italy, but not too many manages to obtain international stardom. You agree?

"The big problem in Italy is that there are too many bands, and probably there isn’t the space for everyone, and the country lacks a real culture about rock/metal music, so Italian bands have to struggle a lot if they want to make their name to emerge. However I think there are a lot of great italian bands like Labyrinth, Sadist, or, more recently, Rhyme who have proved they can share the stage with real rock and metal giants."

And then The Sunburst ends up in my mailbox via Alice @Red Cat, and totally blows me away. How cool is that?

"Oh, thank you very much for your appreciation!" 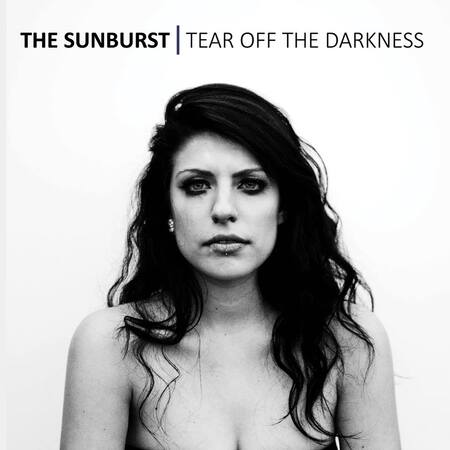 The main reason I fell for your album, and the band, was the dynamic music, the strong vocal (!!!) and the well arranged songs. I suspect you guys have been involved in the music scene prior to kicking off with The Sunburst? What's the back story of the members?

"Thank you for the kind words. Well, it’s true! Everyone was involved in other local projects prior to the foundation of the band. Luca, the lead guitarist, came from a classical music formation and with Stefano, the drummer, is attending the conservatory here in Italy. Stefano also has a metalcore band and was in a blues-rock band. I was involved in a stoner metal project before starting The Sunburst with Luca. Francesco, the new bassist, made his name in alternative, funky and also hardcore bands. So, this is the story!"

Usually I can spot the inspiration of a band pretty easy, but regarding you guys I cant say it is an easy task :). I do hear some Soundgarden, but not enough for me to use it as a main referance. What bands are the foundation for The Sunburst?

"We listen to a lot of music, really! However, our musical roots go from ’70 hard rock to thrash metal, from stoner rock to post-grunge to prog rock. In terms of bands, we surely like modern heavy rock acts like Alter Bridge or Stone Sour, passing through Porcupine Tree, Soundgarden, Alice In Chains, Mastodon..."

Is The Sunburst an active live band? And what kind of gigs do you get? Big assed or mainly clubs?

"Definetly we are a live band. It’s what the music means to us. We’re very proud to promote our album in a great rock/metal festival like Machete Fest this summer, among other dates. We usually play in clubs during the rest of the year."

Do you have some kind of status in Italy? Are you famous, selling a lot of records?

"Ahah!! No, we’re not famous at all!! We are an emerging band, we are only four guys who believe in what they do and try to get better day-by-day."

'Tear Off The Darkness', strange title, and even stranger when portraying a beautiful darkhaired woman on the cover :). Whats behind the choice of title?

"The title is a phrase from something real, the first song written for the album, i thought it could well represent the concept of the whole work. The girl is obviously related to the concept. In fact she represents all of us, in front of the bad days we are living, but also represents the strentgh to continue to hold your head up high and the search for a new light."

Sjekk ut 'The Flow' under her, og lytt til hele låten.

Does the band front a message? Any view? Your lyrics points towards some kind of statement, personal or political..?

"Yeah! Maybe not the band in general, but certainly this album. Tear Off The Darkness was written by someone’s point of view which is now living, observing, testifying the gray and the uncertainty of our days, looking for a ray of light from which to draw new strength and positivity to not succumb before the challenges that life brings to all of us. So there is a message of hope, strength, sometimes more personal or metaphorical, sometimes more straight to the point."

The end; I really appreciate you taking of your time to answer my questions! Do you have any final words? Someone you want to thank, someone you don't like and who needs to be told off? :) Heres the spot:

"We want to thank you for your time and the appreciation for our work. Maybe one day we’ll play in Norway, it would be awesome!! Who knows!! Follow us, support indipendent music!! Rock On!!"