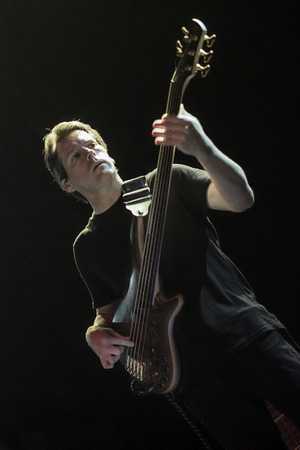 Paul Masvidal: "On December 7, 2020, Malone was found dead by suicide in Largo, Florida, where his mother had lived. She had been ailing for some time before her death in 2018; Malone had been her sole caregiver during her difficult final year. Then, in January 2020, we suddenly lost our bandmate Sean Reinert. Combined with his mother's loss, it was an emotional double whammy that hit Malone hard.

After his mother’s death, we spoke often, having long chats about grief, loss, and the future of Cynic. I urged Sean to move out to California and live with me so he could get back on his feet and start fresh, and he did. I noticed a newfound vigor in Malone I hadn't seen before. He was excited to be in the world again, we were working on new music, and he even began teaching bass privately. Then came the pandemic. Everything shut down and so did Malone. His pain and suffering re-emerged and his light began to dim.

Matters took an unexpected turn. Late one early summer night, he disappeared. I called him, left messages, texted, emailed, contacted missing persons and everyone we had in common, but no one had heard anything. There was no response. He quit the world. My hope that he was regrouping in private and would turn up safely turned to heartache on December 7th."