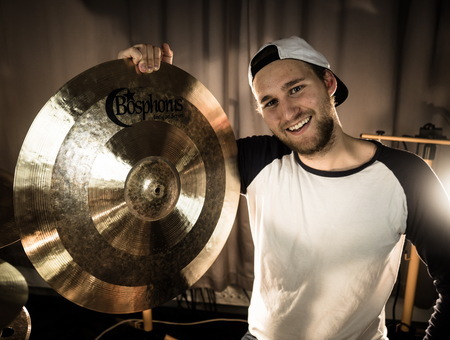 How did the band find you? How did the become aware of you when they were seeking a drummer for this tour?

"They were looking for someone to step in for Felix (their current drummer) but they didn´t find anyone in the local scene. So they decided to check around the Internet.

I was told that their vocalist Asger searched for Animals As Leaders Drum Cover on YouTube, and one of my videos popped up. I got a mail from their manager John Giulio, who asked if I was interested in participating as a backup/session drummer for Vola as Felix is busy with the band Julias Moon. Something I obviously was. They asked me to record a video for their song Owls and send it to them as an audition. I loved their music so much that I did both Owls and Starburn, just to show them how excited I was. During the process of learning the songs, and making these videos I was informed about the tour with Katatonia.

They liked my audition and I got the job!"

Vola is a Danish band, on a Swedish label, and now with a Norwegian drummer :) (And don´t forget that we are supporting a Swedish band, with Agent Fresco from Iceland! - Simen)  How do you cope taking part in somethig like this? To jump aboard in a band and a situation where the rest of the crew I guess is very settled and known to eachother?

"I love it. Can´t wait to get to know everybody and become friends.

Well, for me is so much easier to go into a place where everybody is comfortable and know their parts. Because then we can focus on getting me to work with the band instead of everybody wanting to go their way. I´m hoping that I can bring a heavier beat to the band, other than that I'm trying to copy Felix´s insane drum parts. What an amazing drummer he is." And regarding the process of learning and rehearsing the parts, do you play by ear or do you use notes/Ipad? And is this something that comes easy for you? To learn a bunch of complicated songs and head out on a tour?

"Learning complicated music like this with a lot of rhythmic displacements and hits is nearly impossible to learn by ear. At least for me it is. So I have transcribed all of the songs in Guitar Pro 6 on my Mac. I know there is a lot better notation software like Sibelius, but I work really fast in Guitar Pro and I like the way things are notated. I actually transcribed Starburn down on paper, as I was on vacation with my girlfriend when they sent me the request

We are playing 7 songs from their newly released album Inmazes, and there has been a lot to learn. But as I can read drum sheets well enough, I have gotten one song down almost every day.

Now I´m just repeating them to get a better flow and learning them all by heart. You might see me have the sheets on my iPad for the first shows, but I do hope that I know them all by heart before the tour starts. I will eventually put up all of the transcripts on my new web page, in both GPX and PFD. But for now I only have Starburn and Owls. There is also coming some more play through after the tour.
Go to my homepage to download them (for free)."

And was Vola known to you? Did you already know the band?

"No I actually did not. But Starburn hit me straight in the feelings and I loved them from the first listening."

And style wise? What genera will you label the band?

"That’s a hard one, but I would say it´s Progressive Rock/Metal with a dash of Djent. They have all the hard and heavy riffs as Meshuggah, yet the vocals are nice and with a strong melody. Wich makes them one of my favorites bands these days. I´m a big fan!"

And the tour, man, it is quite impressive, a mastodont! Kicking off in Sweden, finishing off in Finland, gigs in Poland, Spain, Portugal, Uk, France, Germany and more (check out the tour poster below), will this schedule work alongside work and school? Or is the drumming securing your income? :)

"Oh yes, it is a long one. But it´s going to be so much fun. Metal heads (as you know Yngve) are the nicest people. 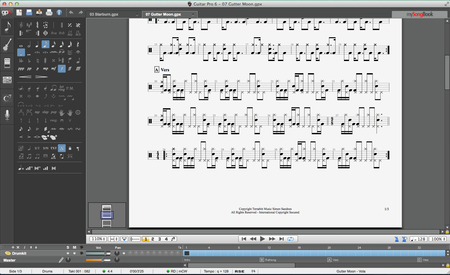 There have been some issues regarding my studies. I´m on my last year bachelor in music performance by the music conservatory at UiA (the local university here in Kristiansand/Norway - Yj) wich have made it a little hard to travel, as it is a very long tour. But I have made some plans with the teachers to make it work, and it looks like I´m not going to loose that much of the classes anyway.

I don´t have that much of expenses and my scholarship will cover all them at home, so taking the time to go out on tour isn´t that much of a problem financially. I won´t be making too much, but the experience of touring cannot be measured in money.

I´m also offering tour lessons this time and hope to connect with more drummers around Europe. If you are interested you can head over to my web page to see more and to book a lesson."

And are tours like this something you like? Something you can handle? Your main band, Arkentype, was on a lengthy trip just recently, did it work out?

"Yes. I´m a very social guy and I love to meet new people and make new friends. My biggest struggle on tour was to get enough good food, sleep enough and being away from my girlfriend.

I really liked being on tour and I miss the guys in Haken, Special Providence and Rendezvous Point so much. We all became one big family at the end of the tour.  The tour was awesome, and we could not have asked for a better start on our touring careers.

For this tour I will try have a more structured working day regarding eating, sleeping and practicing. Also I cannot wait to meet all the friends I made on our last tour!"

Talking about Arkentype, any news on this band? And do you think you renting yourself to other bands will hurt Arkentype?

"Arkentype are still going strong. We do have some concerts while I´m away but I have gotten Tibor from Cheap Karma to step in for me. I have told the guys that I´m still up for everything and to work hard with the band, but that I would rather practice drums than sit writing booking mails. So practice for a tour or practice just to get better, kind of takes the same amount of time."

Whats the optimal setting for you? Hired gun/pro drummer for rent? With studio sessions lined up, with a range of different musical styles? Or the steady band guy, faithful and monogamous?

"The optimal for me would be to be in a band where there are enough shows so I don´t have to work or play with anyone else and can just focus on drumming and becoming better, than doing much of the administrative work. As for now I´m taking all the jobs that helps me becoming a better drummer, as non of the bands I´m playing with requires me to just focus on them. But we´ll see what happens after the tour!"

And your new cymbal sponor deal? Can we get some info?

"I´m extremely proud to be an official Bosphorus artist. Some of you probably have seen me fronting Meinl Cymbals for a while, but I wanted to find something that was more me. I was so obsessed with Meinl as all of my drum heroes were using them. I have always loved Bosphorus Cymbals, and have always been like Wow, you got a Bosphours, those are nice man. I´m very pleased with the cymbals I have gotten so far, and Simen Handeland who does my mixes said: You did a good switch here Simen, these cymbals are so easy to mix.

I can´t thank Martin Hostad from Panzer Musikk and the guys over at Bosphorus enough for welcoming me into the family. I can´t wait to bring these bad boys out on the road, and to use them in the studio."

Finally, good luck, hopefully you arrive home after the tour with even more energy and motivation to drum on :)

"Thank you so much for taking the time Yngve, and to have my play-through for Starburn here on Heavymetal.no. Always a pleasure talking with you."

Check out the play through here, and the Starburn lyric video below: 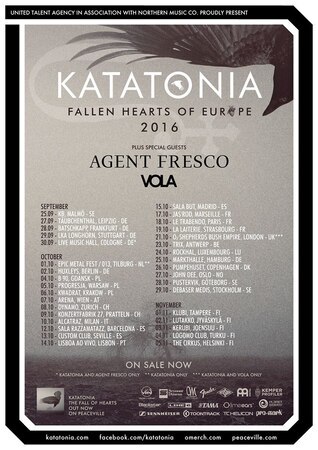