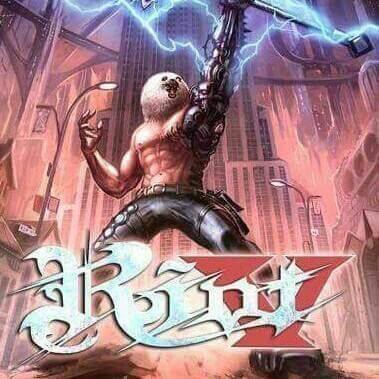 Don van Stavern: "This next offering will please long time fans and create new ones, as the material is fresh and Power Metal at it’s finest."

Don om kontrakten: "Riot V is proud to announce our union with the mighty Nuclear Blast label! Two true metal visionaries meet to unleash an assault on all you metal warriors of the world! Its really awesome to be on THE metal label and have so much respect and excitement between us. We are in great hands and it’s always nice to have a mutual vision of what this band needs to be thrust back onto the metal battlefield and with our thousands of metal soldiers supporting and fighting with us. This will be the start of a great relationship - and it doesn’t hurt that some of the Nuclear Blast staff are long-time fans! Now let's start a riot! Shine On!"

"Hardly any other metal act has such a long, absorbing history behind it. Since the quintet formed in 1975 they have been hit by several severe strokes of fate during their long career. With Rhett Forester (R.I.P. 1994), Guy Speranza (R.I.P. 2003) and Mark Reale (R.I.P. 2012) - three deceased members have left their mark on the four decades of Riot's band history."