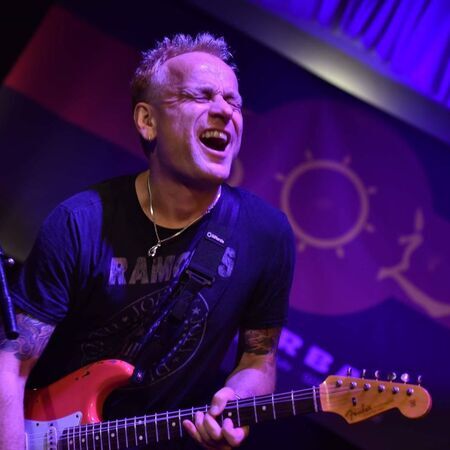 Takk til Ole-Martin Jacobsen for tips og link til Andy.

"Life is great these days as it always is when you are playing & recording music."

And you’re one busy bee, at least according to your merits in the recording studio :). Do you make a living from music? Or are you one of the countless striving artists doing music from your heart, and occupying a job on the side?

"I do make my living from music but it is needless to say that I’m struggling like all the other artists. I do record a new album right now and that is a 24/7 job plus I have to pay the musicians who play on the record. But besides all the hardships and struggles – yeah, I would do the same thing again if I’d be confronted with this decision…it’s a labour of love that I seemingly have to do."

I remember the first Sinner album you participated on, you started out in this band, which has become an important one in the history of German metal. What were those days like? And how was it to enter a band already established? I guess 'Dangerous Charm' was the fourth of fifth release?

"It was indeed a huge transition from a local band to a more professional nationwide or even European - wide act. Back then it was a dream come true - the whole scene was so happening and alive. This kind of music was the big thing of these times unlike today. We did some great tours, festivals and single gigs and there were always packed houses and great crowds."

Then you did something similar with Udo, entering on their second album, that must have been crazy, seeing Udo was a happening band back then. Touring all over, and even to Norway back in 89, with Ozzy. Any memories from the gig in Norway?

"Yeah, the transition to UDO was something that put my whole career on a global scale, we toured world-wide and played great support slots such as Guns’n Roses in the U.S. and Ozzy Osbourne all over Europe. We even played the Madison Square Garden in NYC. In Norway I believe it was the Drammen Hall near or in Oslo. Great gig, great crowd, but since we played so many gigs I don’t recall the details." 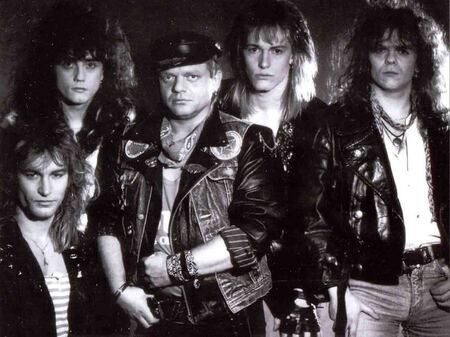 And I found out you returned to Sinner a short while after the Udo, what was it like to return? And why did it end again?

"I left UDO to put together my own project which was actually really happening on a creative level. We ended up having 40+ songs – really honestly great material but due to really bad business involvements it al shelved. In the middle of this craziness there was the offer to return to Sinner for the No more Alibis album, which I thankfully accepted. It was a great time with tons of great gigs and I really thank Mat for having had faith in me again after leaving the band in 88’. It eventually ended again because I felt the urge to relocate to Los Angeles."

A string of bands are on your cv, most of them I haven’t heard about, but you did serve in Bangalore Choir, housing the former Accept-vocalist David Reece. And it’s with Reece you performed in Oslo just recently. What was it like to be a part of the Rock The Boat with David? He is an excellent vocalist :).

"It’s a big honour to play with David – he’s one of the few singers on this planet who have this mojo in their voices - that’s why Accept chose him. I did actually produce the follow up to the acclaimed Bangalore Choir album and in my humble opinion it came out great, maybe different to the debut but definitely high standard as far as production and song material goes. Rock The Boat was great, it was definitely great to be on the same bill with Jorn and Mike Tramp." 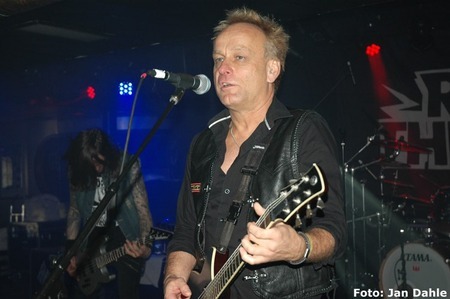 You seem to have been linked pretty strongly with Reece, doing guitars on both the Reece debut as well as the mentioned Bangalore releases. And my friend Ole-Martin told me you soon have a new Reece album ready?

"Yeah, David has been a friend since we met at the Dierks Studio in 89 when he was with Accept. I produced his first solo album Universal Language and the Bangalore Choir albums Cadence and Metaphor. In March 2020 the new Album Cacophony of Souls will be released and in my humble opinion it’s Davids and my best work so far – you can really be excited!"

Parallel with all this, you have a solo band running. What’s the story on this one? I red up on you, and the solo albums are popping up between all of the bands you are a part of, have been a part of, why the need for this? Is the music different from the one you’re used to do for others?

"My solo stuff is pretty much the culmination of all the stuff I did ever since… I’ve played a lot of different styles while living in L.A. and it turned me into a completely more thorough kind of musician.

I’m also singing in my project. I’ve released 5 albums so far and I’m working on the 6th one as we speak. I have great friends on board; Francesco Jovino is playing a couple of tracks, my friend Andre Labelle who was the drummer for Vinnie Vincent did a great job on drums, and I have my old buddy Peter Baltes from Accept on bass on a number of tracks."

All the best, and thanks a lot for your time!! Any last words? Here is a great place to stuff everything, from links, salutes and punches :).

"That’s the hardest part for me actually :). Well, love and peace to everybody and if you like check out my stuff on my homepage - there are links to all the socials and audio sites and you can even write to me if you think I talked BS in this interview :)."